The envelope of a building is a part of the building which separates the heated volume from the outside environment.

Its primary function is to protect its occupants against external aggressions (climate and noise). Its performance is measured, on the one hand, by its capacity to manage the internal and external passive contributions and, on the other hand, by the level of comfort felt by its users. The feeling of comfort is often reflected by thermal, acoustic, optical and sanitary criteria. By performing an energy audit and a BlowerDoor test, it is then possible to improve the energy performance of a building. BIFF facade engineers provide you with observations and analyses to reduce your energy consumption.

The envelope also plays a structural role and reflects an aesthetic will of its designers.

The envelope of a building includes:

The SIA 180 standard states that, in principle, the thermal envelope of the building, which surrounds the heated space, must be as airtight as possible (the ventilation openings being closed). The supply of outside air necessary for the renewal of stale indoor air is made possible by the manual opening of windows, through controlled ventilation openings or by a mechanical ventilation system.

The heat transfers between the inside and outside are through the components of the thermal envelope by the 3 possible modes of heat transfer: conduction, convection and radiation. They condition the performance and thermal comfort of a building.

To ensure a good quality of the indoor environment and the thermal comfort of the occupants of a building, passive measures and active measures can be put in place.

> Passive measures are architectural and constructive measures of thermal protection such as the thermal insulation of the envelope, the thermal inertia of the components of the adapted envelope, the solar protections, the internal inputs, the passive solar heating and the passive cooling. The layout of the premises also plays an important role in the quality of comfort. The hot and cold strategies are illustrated below.

> Active measures are ideally taken in addition to passive measures. They consist of the use of technologies to ensure thermal comfort through mechanical actions such as heating and cooling systems.

The envelope must therefore be able to manage the internal and external passive contributions.

Today, the quality of envelopes for new buildings or buildings affected by a transformation or a change of use is regulated. The thermal performance requirements of the envelope derived from SIA 380/1 serve as a basis for energy requirements in cantons.

A facade is the outer face of a building or the set of faces that we see globally from the outside. The facade designates both the actual construction and the plan projection at the project stage, called "elevation". Facade engineering consists of making observations and analyses in order to improve the energy performance of a building thanks to a thermal balance and a BlowerDoor test.

The types of facades mentioned above are the most common. Other types of facade, more specific, exist. Among the most widespread are the heavy facade to be clad ("heavy" wall and "light" exterior face) and prefabricated facades (heavy, light modules or components).

The so-called light facades are the most complex. The most common type is the curtain wall. The light facades make it possible to implement a wide range of materials and to create architectural compositions tailored to different thicknesses. They take up wind loads without taking overloads related to the structure of the buildings. In addition, they are lightweight, which offers an advantage in terms of implementation or load on the structures. However, insulation and thermal inertia are still poorly controlled today.

A light curtain wall consists of several elements. Below is a list of the main components: Because of the large number of options and possible design configurations, the light facade can be classified according to several criteria. Two or three of these criteria must be specified in order to be able to describe in a basic way the appropriate type of solution. The main criteria are:

- According to the type of construction of the network:

- According to the type of fastening of the fillings (usually glass):

- According to the type of envelope:

- According to the form:

- According to the material used for main structure:

- According to the additional performance requested:

- According to the operating principle:

The window is a frame with a glazed closure, practiced in a facade of a building to allow the entry of light, the vision to the outside and, usually, ventilation.

Among the components of a facade, the windows play a vital role in that they bring natural light into rooms and can be used for natural ventilation. To make them energy efficient, our facade engineers carry out an energy audit and a BlowerDoor test to draw up observations and analyzes to improve the energy performance of a building.

A window system may consist of several elements in various configurations. Below is a list of the main components of a window:

The most common window frame systems are manufactured from:

Several types of opening windows are possible, the main ones are listed below:

The roof is the surface or roof covering the upper part of a building, mainly to protect the interior against weather and humidity. Thanks to our facade engineers who know how to perform a thermal balance and a BlowerDoor test, you can reduce the energy consumption of your building. They will make all the observations and analyses necessary to improve the energy performance of your building.

Of a basic form, the roof can be classified according to the type of substructure that will support the cover:

The developments in the field of glass currently allow to use of this material as a primary structure for buildings of high standing.

The skylights are light elements that are integrated into the roof and provide natural and zenith lighting for industrial and commercial buildings. They can, by crumbling, ensure the ventilation of all types of buildings and by opening 90 °, ensure access to the roof and the function of smoke evacuation outlet. 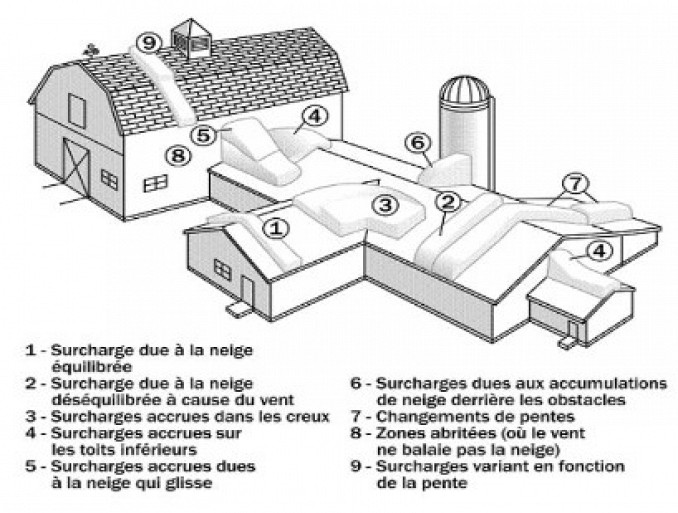 The solar radiation that reaches a glass surface is reflected, transmitted and absorbed in varying proportions depending on the type of the glazing. Only one of these three qualities can be sought (this is the case of office buildings that seek to reduce the light transmission), but depending on the case, it is also possible to maintain a certain harmony between these three factors thanks to the facade engineering. Our findings and analyses will enable an energy audit and a BlowerDoor test to improve the building's performance.

If solar protection glasses are used, the g values ​​range from approx. 40% for the lightest at approx. 15% for the most successful. The use of electrochromic dynamic sunscreen offers flexibility of the value g of approx. 40% to approx. 5% with the same glass. 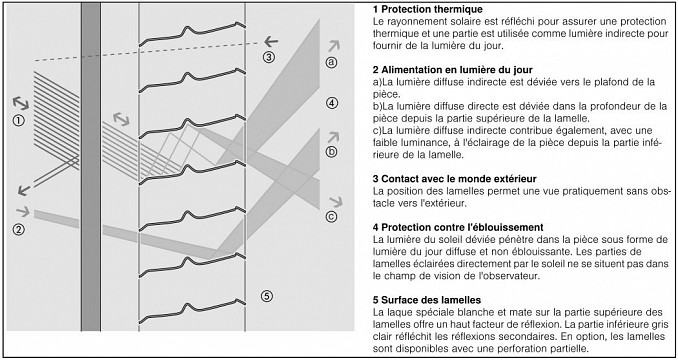 A balustrade is a set of elements forming a protective barrier placed on the sides of the various building elements to prevent an accidental fall. Its composition may vary, but generally its construction means that it cannot be climbed easily or that a child cannot slip between its components.

The SIA 358 standard precisely describes the safety conditions applicable to this protection element. The BPA (Bureau of accident prevention) offers a technical sheet describing in graphic form the points to be respected.

There are several types of balustrades depending on the materials, but it is important to remember that they do not always appear as independent elements. In the particular case of light glass facades, very often, glass must act as a balustrade while respecting all the requirements.

Normally, it is essential to learn about the design and allowable overloads depending on the country and type of building and assignment.

Our glass specialist engineer can help you to obtain a homologation of your own glass balustrade system for Swiss or European use. He accompanies you throughout the process. From conception to finalization.

Our facade engineers can also conduct an energy audit and a BlowerDoor test to improve the energy performance of your building. Findings and analyses can help you reduce your energy consumption.

Where does "disappear" energy?

It is estimated that 50 to 75% of a building's heat loss is at the envelope level. The diagram below shows for a typical individual house, the various uses that represent, according to the parts, the total consumption of energy (100% corresponds to the totality of the energy supply for heating, hot water and electricity). The energy consumption index of a building for heating is a good indicator to quickly locate the level of insulation and energy quality of the envelope. The energy consumption index can be obtained by entering your data in the calculator of the website of the Cantonal Energy and Environment Services.

The heat transfer at the level of the envelope of the buildings is mainly by conduction in the immobile matter, by convection in the fluids, by radiation in the transparent medium and by evaporation-condensation of water vapor.

This mode of heat transfer is caused by a temperature difference between two points of the same medium. The absence of material displacement is its main characteristic. The heat is transmitted by thermal agitation of the atoms which give up their kinetic energy to the neighbouring atoms.

It is estimated that air leaks resulting from airtightness of the shell components are responsible for high energy costs during the heating and cooling season.

Radiation is responsible for two-thirds of heat loss through a standard window. The radiative thermal energy transmission at the windows has been considerably reduced by the application of a low-emissivity layer. This thin layer of invisible metal oxide applied directly to the glass surface provides a significant advantage in winter by allowing the heat energy of the sun to enter the living space while reflecting the heat generated inside in the living space.

The U value is the heat transfer coefficient which indicates the heat loss expressed in Watt per square meter of a building element for a temperature difference of one degree Kelvin, per unit of time. (W/m2K). A small U value is therefore a sign of low heat loss and effective thermal protection.

The heat need for heating for one year is calculated by accounting the heat loss by transmission and air renewal and then deducting the internal and solar heat input calculated according to hours of heating per year. The simulation of the thermal balance makes it possible to determine the probable consumption of a project. Whether at the project level or at the rehabilitation stage, the thermal balance makes it possible to quantify the energy consumption of different variants.

We speak of thermal bridges as soon as there is discontinuity between insulating materials and structural walls. They represent a loss of heat that will be carried out by conduction between two components of the frame.

To overcome the energy problems of a building, facade engineering allows a thermal balance and a BlowerDoor test to reduce energy consumption. Our engineers draw up observations and analyses to improve the building's performance.